Bravely Default II - This game has somewhat jumped the shark for me, given the tendency of boss battles to be long and occasionally cheap even on the easiest difficulty, but I'll still see it to the end...maybe, since the job system is okay.

Shin Megami Tensei: Persona 2 Innocent Sin - Actually not bad, even if battles are somewhat slow (I remember the PlayStation version of Eternal Punishment allowing players to turn off animations in normal battles) and I need a guide to get tarot cards from the enemies.

Learn Japanese to Survive! Kanji Combat - Next to play, unless my younger brother loans me another Switch game.

Slime Forest Adventure - I'll save this educational RPG for after I finish the Learn Japanese to Survive! series since it instructs in all Japanese character systems.

Ultima II: Revenge of the Enchantress - Until I can find I'm able to play the game with a workaround for the errors when starting a new game and not have to restart whenever I screw up, this one's on the shelf.

Survival of the Fittest

Kickstarter campaigns would become commonplace during the 2010s, where everyday people fund campaigns to raise money to develop videogames, with many independent developers relying upon this fundraising method to produce games that they feel mainstream companies haven’t been making. In my continued quest to conquer the Japanese language so I could comprehend titles that likely won’t see English versions in the near future, I came across a series of Steam RPGs that said method had funded to teach Japanese hiragana, katakana, and kanji in a trilogy, the second of which is Learn Japanese to Survive! Katakana War, which is a competent sequel.

The first successor in the franchise opens in Japan, which enemies based on Japanese katakana characters terrorize, and it’s up to the protagonist and his/her companions to put a stop to them by reciting their readings or, in the case of the parallel world sometimes encountered, their respective symbols. The narrative doesn’t seem to have a whole lot of connections to the first game, although the more the player uses characters in battle, the higher their affection levels become, which can unlock developing cutscenes. There are occasional errors in the text, although the direction tends to be clear, and the plot definitely has its positive moments.

Unlike the random encounters in the first game, the sequel switches to visible monsters in dungeons, which aren’t terribly difficult to avoid, but the player may wish to fight them in order to keep pace with their gradually-growing levels. Fights are turn-based like in the prequel, although Katakana War adopts a structure more similar to Final Fantasy X where a gauge shows which character or enemy takes their turn when, with abilities executing immediately upon input, so little to no foresight is necessary for battles. Standard attacks consist as in its predecessor of answering the correct reading or symbol for characters or syllables, with incorrect guesses resulting in zero damage.

Characters also have MP-consuming magic, with the twist that offensive spells can’t actually kill enemies, who must die from standard attacks, although those that attack all foes tend to be somewhat useful, as do healing abilities. Winning battles nets all four participating characters experience for occasional level-ups, with the sequel having more allies than the limit that the player can adjust in Osaka. There are also a number of sidequests typically involving Japanese language aspects that net rewards such as new vocabulary and bonus points that the player can use at the crystal in Osaka for bonus level-ups.

Players may also come across shards that they can exchange at said crystal for stat-increasing items, which can be somewhat handy. The battle system generally works well, more so than in the first game, with a fluid pace to combat, and fights generally not forced down the player’s throat most of the time, along with a generous difficulty curve. There are negligible flaws such as how the player’s allegedly-elemental spells actually don’t make difference at all in how much damage they deal enemies, but aside from this, the sequel definitely improves upon the first game’s mechanics and are solid overall.

Control is just as solid, with great direction on how to advance the central storyline, an always-useful save-anywhere feature, the generous view of towns and dungeons nullifying the need for in-game maps, in-game tracking of playtime, the ability to see how equipment affects stats before purchasing it, and so forth. There are issues regarding things such as the need to talk to allies in Osaka in order to change party setup, along with occasional glitches such as one encountered when viewing the final affection scene with characters. Otherwise, the sequel interacts well with players.

The soundtrack, as in the first game, is surprisingly good for a Western RPG, with a number of solid tracks such as the peaceful town and overworld themes, the energetic battle themes, vocal version of some of the central themes, and the like. Voices for the pronunciation and some cutscenes also abound, with the former having more diversity this time around, and generally being solid. A few issues are present such as alleged ethnic characters having no accents, along with the music frequently audibly looping, but otherwise, the sequel is an aural delight.

The game is a delight visually, albeit to a lesser extent, with vibrant colors, great anime-inspired art direction with character designs aplenty, great environments, and so forth, but the chibi sprites won’t appeal to all, and battles contain the typical Japanese RPG trope of characters telekinetically attacking enemies, which also have a number of palette swaps. Regardless, the graphics are hardly a dealbreaker.

Finally, the sequel is short like its predecessor, around eight to twelve hours long, with sidequests boosting playtime along with achievement and postgame play, although the player can get all things accomplished in one playthrough and there aren’t any narrative variations.

Overall, Katakana War is for the most part a solid sequel that hits most of the right notes regarding things such as its educational battle system, great control, well-developed characters, and strong aural and visual presentation. It does have occasional hiccups such as occasional glitches and unskippable sequences, not to mention weak spots in its visuals and a general lack of lasting appeal, although those who enjoyed the first game will likely appreciate the second, with the sequel appealing to RPG enthusiasts not to mention Japanese language-learners, and I definitely look forward to playing the third game in the franchise.

The Bottom Line:
A refined sequel. 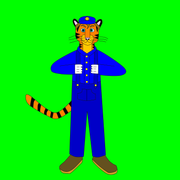 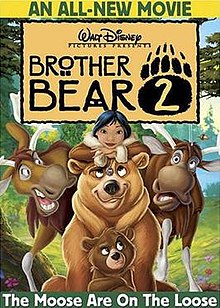 Now a bear, Kenai is haunted by memories of his past love Nita, and ultimately seeks to destroy an amulet that signified their promise so she can move on. Has some cliched elements like Koda and Kenai having a spat and briefly separating, and the ending was hardly a surprise, but this was definitely one of the better animated Disney sequels, which I think stems from its predecessor's basis on an original story.

The Banishment by Cordelia Castel


The sixth installment of author Cordelia Castel’s Seven Kingdoms series opens with the antagonistic Jack talking of orchestrating an attack with Ogrebane. In the meantime, Rilla prepares for a trip to Vern, wishing to know where the Order of the Alkahest’s hideout is, allegedly Castle Azoth on the other side of Springton. The Snow Queen returns as a villain, having offered the Order fairies in exchange for capturing Prince Alex, another love interest of Rilla’s. Cendrilla meets with the Orangutan General Sumatra of the Pongo clan, and is taken to meet the Fairy Queen, although her welcome into their realm isn’t exactly wholesome.

Rilla is rendered incoherent by her meeting with the Queen, with a doctor named Mallard healing her, and she eventually begins her instruction in fairy magic with Prince Vanus. Cendrilla’s relationship with her betrothed Lord Bluebeard has definitely cooled throughout the series, although he yearns for a woman named Paloma instead. A later chapter opens with an unfamiliar character named Ella waking for breakfast and having no memory of what had previously transpired, the action ultimately returning to Rilla as she seeks the lair of the Snow Queen, and begins battle against her.

Overall, I definitely wanted to enjoy this installment of the Seven Kingdoms series, although it somewhat locks out those who are especially familiar with its predecessors, and a plot synopsis of the stories up to the point would have definitely been welcome. The chapter beginning with the character Ella also proves somewhat unnecessary, and the book borders on literary nonsense at times. The battle scenes towards the end of the book are good, although around this point the series is starting to lose its luster, given many prior average entries, and definitely isn’t recommended reading.

View all my reviews